How Blockchain Technology will be disrupting CRM for Good?

In recent times, many companies and government institutions have shifted their focus to Bitcoin and cryptocurrency. Yes, bitcoin exchange is gaining good traction with each passing day. The growing popularity and adoption of Blockchain technology is a clear indication that it would play a key role in various global financial transactions and will serve as a public account to register all Bitcoin transactions.

What is Blockchain Technology?

Blockchain is a kind of distributed record-book or ledger that records all the transactional entries. Though it is a type of database, but different from traditional database. Blockchain lacks centralized storage and uses a peer to peer (P2P) architecture.

Individual transactions and Blocks are the two types of records that a Blockchain ledger entails. It is a collection of transactions occurring within a specific time-period. When two parties, say A and B, decide to exchange a unit of value or any other transaction value, they initiate the transaction that is processed with other pending transactions in the form of blocks. The participating computers in the network analyze the system transactions based on agreed-upon rules in order to verify the validity of transactions.

Blockchain technology helps to avoid crimes like tax frauds, money laundering, corporate/banking frauds etc. It regulates the market by protecting the customer identity and data. Cryptocurrency transactions make consumer data so secure during bitcoin transactions that it is difficult to trace. However, this creates a challenging situation for companies and policymakers, as it leads to difficulties in income tax imposition on virtual currency giving policymakers a tough time.

Blockchain was at first publicly introduced in reference to Bitcoin digital currency. A type of database used to store temporary and permanent transaction data records. There is no centralized hub or server acting as a control center. This is the most fundamental feature of blockchain. The data provided to distributed ledger technology-enabled blockchain is encrypted through a digital signature. This digital signature cannot be forged and permits access only to authentic users by verifying their identity.

How Blockchain will Boost CRM Performance?

There is a lot of hype around Blockchain because of its potential to carry out critical digital transactions. Business experts predict Blockchain technology to enhance CRM performance. Yes, it can benefit CRM by denying the access to track data. At present, CRM users all over the globe face the issue of incorrect or duplicate customer data. As said by Victor Wong, the CEO & founder, BlockApps, “Blockchain could allow a customer to own one block that presents a unified and accurate picture of his or her personal information, transaction histories and other data.” He foresees blockchain benefitting both the company and customers. Blockchain forbids the duplicate or risky data from hampering the database. Eradicating inaccurate data will speed-up CRM processes and improve customer understanding.

Customer Intelligence: Do You Really Know Your Customers?

Blockchain is still in its early stages and it could take anywhere say 10-year toil before it is accepted and adopted worldwide before it transforms CRM. However, making Bitcoin a legal currency is unclear. A big reason to worry is the Bitcoin’s flawed anonymity, which is also its USP. Since Blockchain is not a centralized network, it enables bitcoin users to carry out financial transactions without any financial body acting as an intermediary to supervise the currency. Apparent benefits of Blockchain technology will only be clear when one starts using it.

To learn more about how CRM software can help you know your customers in a better manner, get in touch with us here. You can also drop us a mail at sales@sagesoftware.co.in for a free demo and consultation.

Disclaimer: All the information, views and opinions expressed in this blog are those of the authors and their respective web sources and in no way reflect the principles, views or objectives of Sage Software Solutions (P) Ltd.

QMS in Pharma explained in detail

What is the difference between Manufacturing and Production? 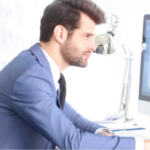 What is Financial Management ?

QMS in Pharma explained in detail

Reading Time: 7 minutes Summary: QMS in pharma is a collection of practices, methodologies, and processes that ensure excellent product quality. Its primary objective is to prevent people and processes from diverting from quality

Reading Time: 2 minutes As the name suggest, it relates to searching information or data on a given platform. Global search feature was first introduced in Sage 300 ERP v2019. The main focus of

What is the difference between Manufacturing and Production?

Reading Time: 4 minutes Summary: Manufacturing and production are often used interchangeably because both involve the manufacturing of finished goods from raw materials. But there is a significant difference between the equipment and the

Reading Time: 5 minutes Summary: Procurement constitutes the transactional part of the business. It involves buying raw materials from vendors & suppliers at the most affordable rates. Although the techniques and methods of procurement

What is Financial Management ?

Reading Time: 6 minutes Summary: Financial management comprises methods and techniques for handling a company’s financial assets. It helps the business track its expenses & profits and, more importantly, allows it to adhere to

The Scope of Financial Management

Reading Time: 5 minutes Summary- Finance management plays a vital role in all kinds of businesses and it is the backbone of any organization. Various factors, including profit or loss, are closely related to 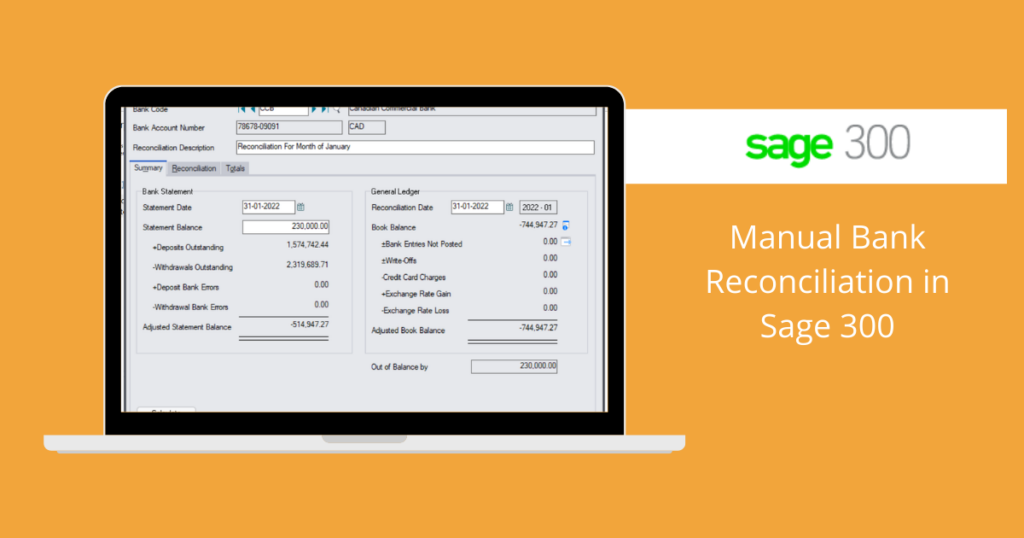 Reading Time: 3 minutes Reconciliation Definition: – In Sage 300, a bank reconciliation is the process by which the bank account balance of an entity’s books of account is reconciled to the balance reported by the financial institution 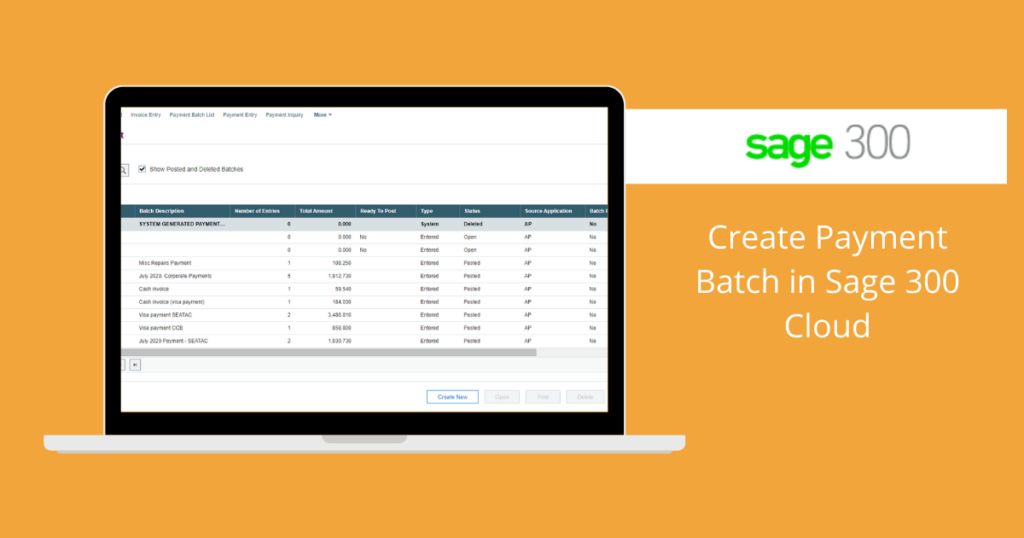 Reading Time: 3 minutes Sage 300 has a feature that allows you to process numerous payments from a single screen. The user can see a list of Payment Dues based on the selected criteria, 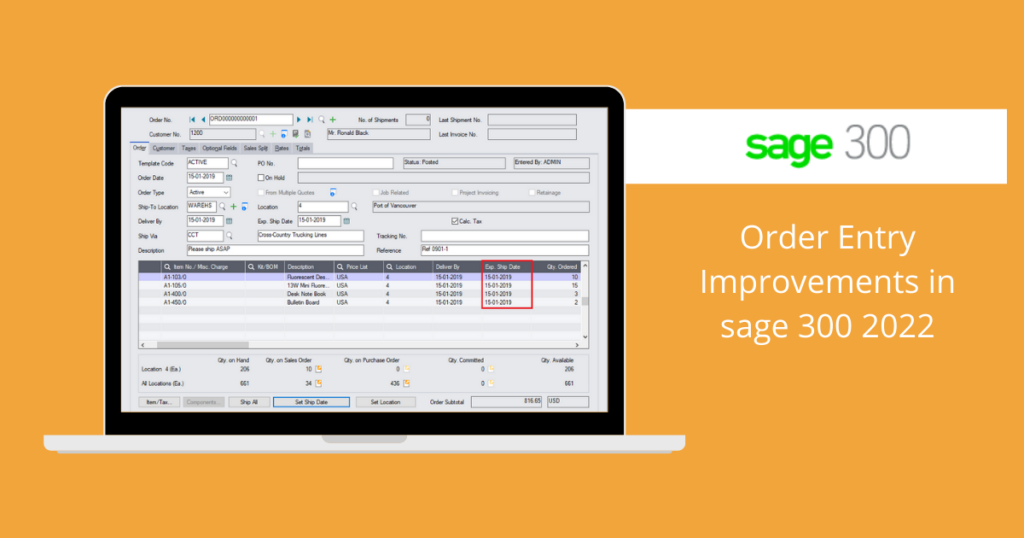 Reading Time: 3 minutes With the release of sage 300 2022 version, there are many features introduced to an existing functionality. Out of which one is Mass update feature, which is much reliable and 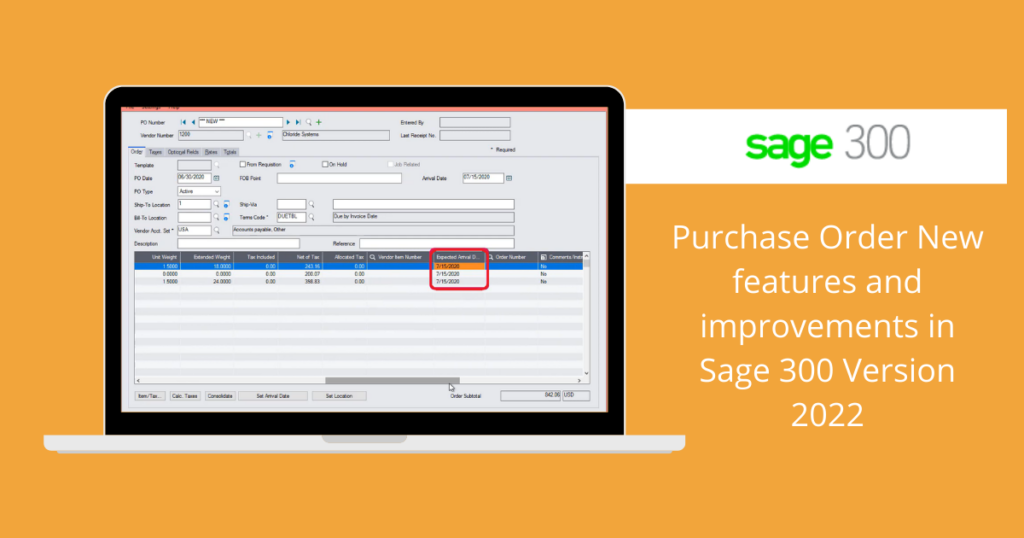