GST: What it means for the Common Man?

With the Rajya Sabha passing all the four GST bills in the parliament a week back, the nation’s biggest and revolutionary tax regime GST (Goods and Services Tax) is all set to become a reality soon. Boasted as the most subversive tax reform in the country after independence, GST is expected to curb transactional costs by introducing a unified tax system stirring economic growth in the long run.

With the prospects that GST would improve the GDP by a couple of percentages, the reform in its entirety might come with a mixed bag of surprises for the common man.

Talking about its long-term impact, GST should mark a positive impact on most sectors. Based on the GST implementation experience derived from other nations, India might experience an inflationary impact especially during the transition stage, which is expected to fade with the rollout of measures such as anti-profiteering.

Yes, with the inclusion of anti-profiteering along with other counteractive measures, GST should lead to reduced cost for most of the supplies to the end-users in the long-run.

Here’s a quick look at what the GST could mean for the common man:

Services that are likely to become expensive include:

Prices of the following essential services are also likely to go up:

Services that might see a price drop in most of the states are as follows:

Under the GST tax system and the current supply chain ecosystem, the following might get cheaper:

Basis of the current supply chain landscape and other associated indirect taxes, the common man can expect marginal impact on white goods such as:

Prices of sin goods and aerated drinks to go up:

The government with its determined outlook towards injurious/sin goods, proposed a high tax rates on ‘sin goods’ that include cigarettes, aerated drinks and tobacco products. With a higher tax rate of around 40%, these goods may witness steep rise in their prices.

Positive impact lurking around the corner, expected in long-term!

Whilst the afore-mentioned forecasts are based on the statements/data released by government officials and authorities, it would be good to wait for the final verdict on the fitment that the GST council and government will release for a wide range of supplies and services. Nevertheless, with the enablement of anti-profiteering and other counteractive measures, GST is expected to curb costs for most.

Disclaimer: All the opinions, views and information conveyed in this blog are those of the author and its sources and in no way reflect the principles, views or objectives of Sage Software Solutions (P) Ltd. 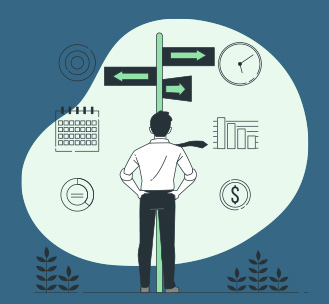